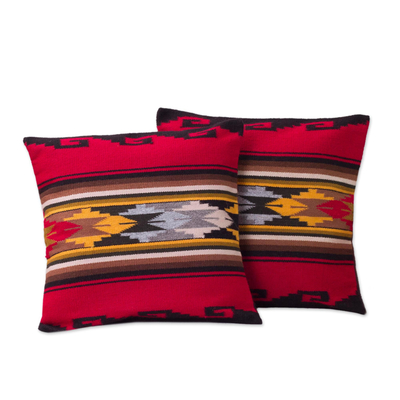 Enhance the beauty of your home and showcase your personal style with these bold patterned cushion covers. Hand woven by the Maldonado Family, traditional looms are employed to create pre-Hispanic motifs in fine alpaca wool. These stunning, bold pillows will be an exciting accent for years to come. 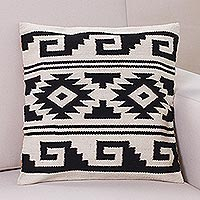 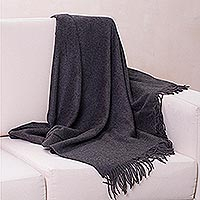 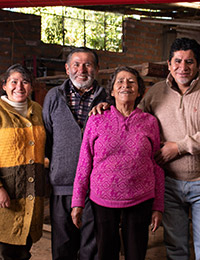 "I will never let go of either my grandfather or my grandson's hands, for what I have learned from the elders, I will teach to the young."

Faustino Maldonado's parents were artisans, a tradition that has been maintained since time immemorial. When Faustino met Agripina Lazo, who is now his wife, he did not know that her parents would also keep the weaving tradition alive. Love didn't take long to arrive and, over time, their union became stronger. Today they have been married for more than 45 years, and together they formed a beautiful family with four children and eleven grandchildren.

Life certainly wasn't simple and, in the early years, Faustino's parents worked very hard to support the family. His mother was hearing impaired and his father illiterate, but this didn't mean that they could not develop their art to feed their children. Despite these difficulties, the Maldonados managed to make their weavings unique, and their work was soon highly valued. It became the livelihood of the family.

From the time he was 12, Faustino could create beautiful weavings such as area rugs. When school ended, he spent almost a year working in a mine as a drilling assistant. But because of the dangers of the area he was forced to retire.

When he was 20, he met the love of his life who would accompany him on this long road through the years. They met at a party, and were soon inseparable.

Their beginning was complicated, however. With an infant daughter to care for, they had to ask neighbors to help by lending them money for food. Both Faustino and his wife dedicated their time to weaving on a loom that they had inherited from their parents. Soon they ran a small workshop in his hometown with just a manual machine and little room to work.

Despite the difficulties, Faustino knew he had to move his family forward and, together with his wife, he worked very hard. There was no rest — day and night were spent weaving. Times were hard, and the work had to be finished and finished well. Patience and concentration were very important and still are.

"We are a family that works based on the values of honesty, respect and responsibility as fundamental pillars of life. Little by little, we won more clients and, with our first formal loan, we were able to buy a larger property where we could work. We were able to buy a lot of material for alpaca fabrics and obtain the floor looms we needed to weave larger pieces.

"I'm proud to have been able to overcome the economic challenges. When the situation became difficult, we knew how to face it despite robberies and scams. We get up and keep working. The work and the loading of packages affected my health and caused a hernia that required surgery. Shortly afterwards, doctors detected my diabetes, and it is a daily struggle to stay healthy in order to continue working on what I love most. But it inspires me to continue doing what I do until life no longer allows me.

"Thank God, our children have grown up and each one has formed his own family. Today, we support each other and continue to grow in the great family workshop that we have. Every effort has its reward, and we have received awards and decorations from our Huahuas people and from the Huancayo region. Their high officials have valued our work and our ancestral art.

"We provide training to all who wish to learn, from dyeing using natural plants to weaving on traditional looms."

Faustino Maldonado's artistry has been featured in Sunset magazine.

Faustino Maldonado was born in Hualhuas. Because his parents and grandparents were artisans, he learned at an early age to weave on rustic looms, to prepare the warp using the pushca, and spin on the rueca.

Since he first started weaving, Maldonado has mastered the art and has immensely improved the quality of his textiles. His work is a representation of the art that has been passed down from generation to generation in his family. The family motto has been, "I will never let go of either my grandfather or grandson's hands, for what I have learned from the elders, I will teach to the young."

Based on this family philosophy, Maldonado and his relatives have been making large bedspreads in high relief without any stitching. They also proudly craft wool and alpaca tapestries, purses, backpacks, cushions, and vests. 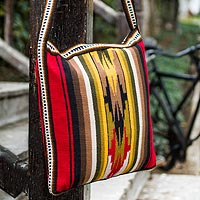 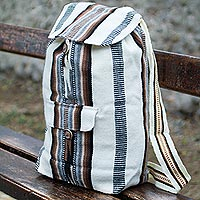 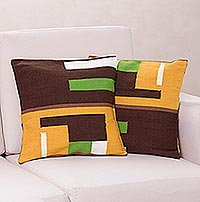 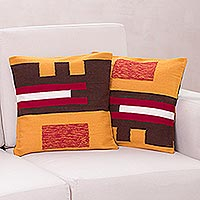 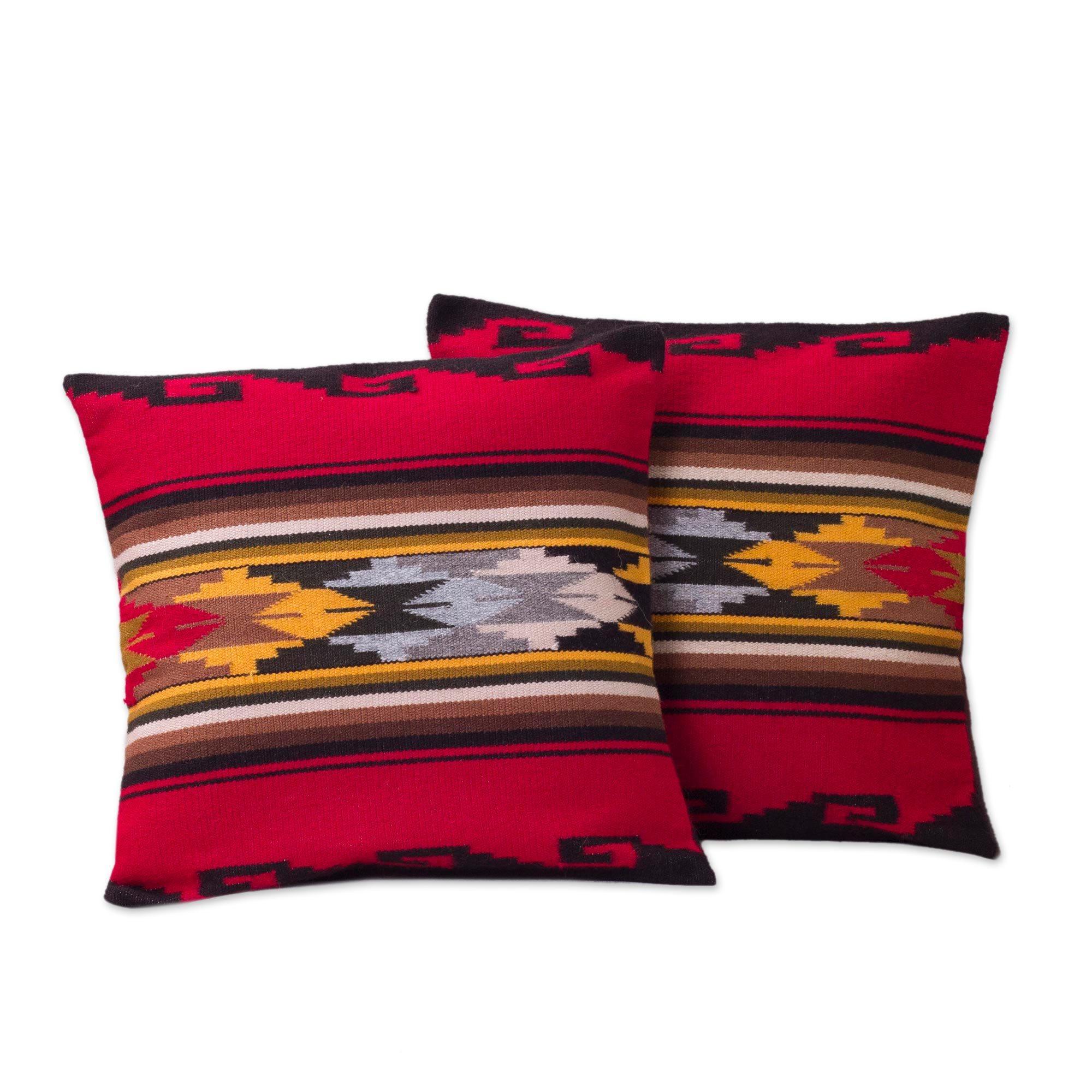