January’s birthstones, garnet and rose quartz, are known for their spectacular colors, restorative properties and symbolism of friendship and trust. With abundant natural and synthetic supplies available, it’s no wonder these birthday gemstones are popular choices for affordable statement pieces, carvings and pendants.

Garnets have been traded as gemstones since the Bronze Age, and can be found in a variety of colors; however, red is the most common.

The word garnet is ultimately derived from the Latin garanatus, or “seedlike,” referring to the deep red arils of the pomegranate. Large deposits in central Europe, India and Australia have made garnet a popular choice for religious figures, royalty and nobility across centuries and cultures.

Garnet is one of the twelve stones in the Breastplate of Aaron, and has been venerated by many cultures for its ability to protect the wearer from battle wounds. Legends of garnets protecting travelers even extend to dreams: place a garnet under your pillow to stave off nightmares.

There are many varieties of quartz – titanium, iron and manganese deposits lend rose quartz its pinkish color. Rose quartz beads have been in use since the days of the Mesopotamians. Ancient Egyptians believed rose quartz crystals to promote healing, prevent aging and attract love.

Both garnet and rose quartz were used by the Romans to create signet rings. A wax seal stamped with a particular signet could be used to transfer property and execute important documents, similar to modern-day handwritten signatures.

Not only are garnet and rose quartz great choices for jewelry: they have important industrial uses, too.

Garnet sand is a common abrasive due to the hardness of the stone. Garnet sandpaper is favored by woodworkers for finishing raw surfaces. When mixed with a high-pressure water jet, it’s strong enough to cut through steel. Garnet sand can also be used to filter water.

Quartz is a common mineral found all over the world in sand and most types of rock; you’re more likely to find it in your backyard than in a bag of Scrabble letters. Quartz is one of the main ingredients in manufactured glass. Quartz is also piezoelectric, which means that if you pass electricity through it, it vibrates at a specific frequency. For this reason, synthetic quartz crystals are widely used in powering clocks and electronics.

Both stones are popular choices for jewelry makers, who love the durability and abundance of these easy-to-care-for gems.

All of our jewelry is hand-crafted and fair trade – an ideal present for those who interested in buying gifts that give back and gifts for charity:

The juxtaposition of naturally-cut Andean garnets and a polished long-link chain make this a great choice for modern and bohemian wardrobes alike. Adriana de Gadea’s designs are inspired by the play of forms and colors and made using local materials. Best of all, your purchase of this beautiful piece can provide 140 sachets of oral rehydration salts, which help children combat dehydration. 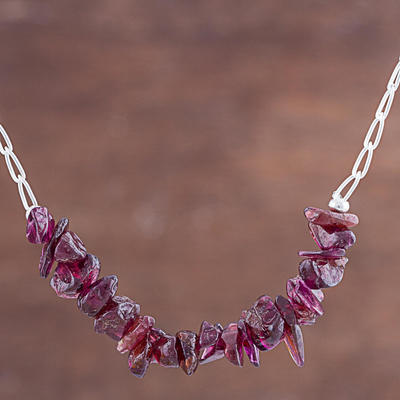 With a focus on the harmonization of body and mind, each of Eveli Przepiorka’s rings features a unique pink quartz in its natural state, accentuated by a single winding piece of silver that wraps itself around the stone. 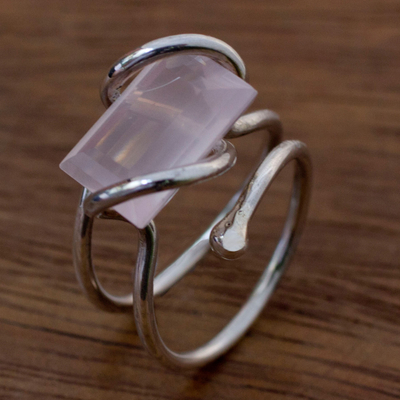 Neeru Goel, one of the UNICEF Market’s most popular artists, designed these .925 sterling silver hook earrings with six garnets accentuating each center quartz stone. For those in search of a set for special occasions, Neeru’s collection also includes a matching pendant necklace. Proceeds from this purchase can provide polio vaccines for 51 children. 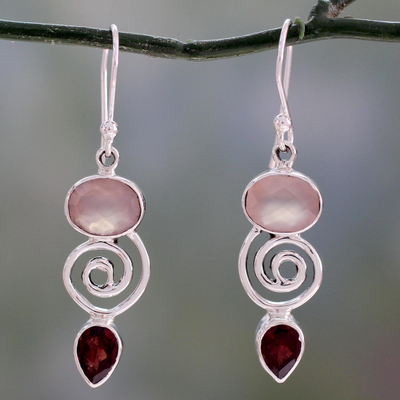 If you’re looking for a functional, timeless and elegant gift, consider this ballpoint pen crafted by Balinese artist Dewi Putera. The intricate design features an oval pattern and an inlaid faceted garnet on the screw-on cap. One replaceable Parker ink cartridge is included. 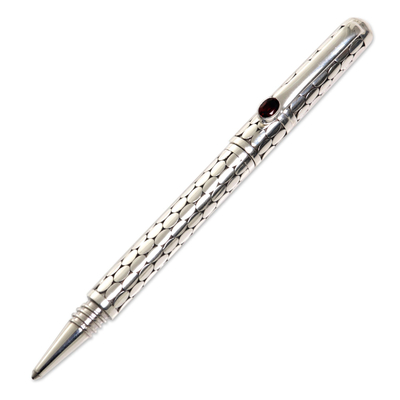 This adjustable bracelet is made from braided poly cord with a prominent round rose quartz. Samart Takham’s design is simple enough for every-day wear and can even double as an anklet. Best of all, your purchase can provide 12 doses of measles vaccine.

Click here to learn how to sponsor a child with UNICEF USA. And learn more about which charities to donate to today. 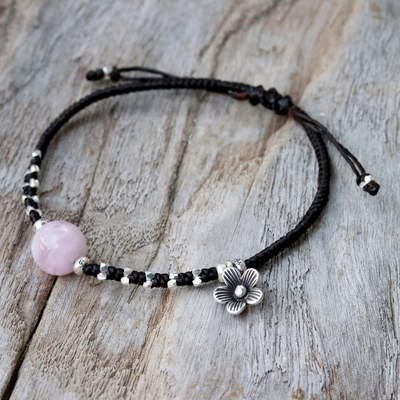 The magic of the holiday season is hard to capture. But sometimes you almost can –in a hand-painted ball or a sculpted angel. Look at…