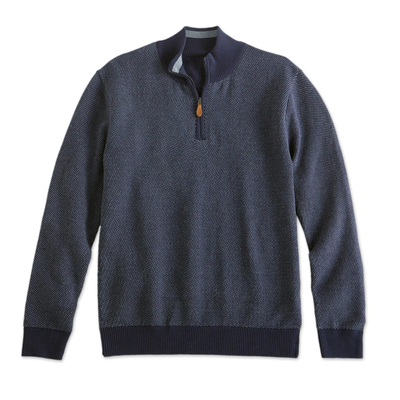 Lightweight yet warm, pima cotton makes a superior material for this quarter-zip sweater that you'll reach for from fall through spring. The pullover sweater is crafted in Arequipa, Peru, in the shadow of the active El Misti volcano, using extra long staple cotton that was first cultivated in this region thousands of years ago.

In 1931, Frank W. Michell founded Michell, dedicated to buying, classifying, and commercializing alpaca and sheep wool.... Entirely associated with alpaca, Michell’s objective was to make it known throughout the whole world and showcase the merits of this singular product of the Andes. The name Michell is known and associated with the finest Peruvian alpaca in the Asian, European, and American markets.

Since 1931, with the goal of maintaining its recognition and leadership position in the industry, Michell continued investing in and implementing quality programs that ensured the continued betterment of all of the steps of the process, from production to the consumer. The first years were difficult, but the strength and ingenuity in offering the textile industry something different in the form of raw alpaca helped to develop the art and science of classifying this fiber.

The primary materials were collected in the southern sierra of the country, classified by hand, transported by train through the port of Mollendo before being sent to destinations such as Bradford in the United Kingdom and Boston in North America. “Continued contact with the existing international market demonstrated the necessity of advancing the exportation of primary materials. During the 40s, this dream was made reality,” said Frank.

In 1947, Michell Inc. established its first combing and spinning plant in Peru, and in doing so, created and established the current standards for the alpaca industry, not only in Peru, but in the entire world as well. Many years later, Mr. Michell’s idea of increasing the value of the alpaca fiber brought him to successfully carry out, through selective breeding of alpacas, the improvement of industrial processes such as washing, combing, spinning, dying, and weaving, as well as sales.

With almost 88 years in the industry, Michell Inc. has achieved an indisputable consolidation. From the beginning, Mr. Frank W. Michell served as the head, directing such an important company with the support of his children, nieces, and nephews.

Much later, during the 80s and 90s, another visionary, Mr. Michael W. Michell, arrived, promoting alpaca fiber in various countries. He contracted with and enabled highly skilled collaborators, invested in more modern production installations, improved the production processes, and adopted a culture of change with the objective of adapting and responding to the ever-changing demands of the global market.

All of the Michell team sees these past 87 years as just the beginning of their story, and each member is more motivated than ever to continue sharing the finest Peruvian alpaca with the world. Michell’s greatest advantages are its people and organizational culture. They continue investing in training, continual evaluation, and psychological assistance. It is because of all of this, as well as its team members, that Michell continues growing and improving its quality and service.

On December 7, 2018, Michell proudly celebrated 87 years of success. It has been an amazing voyage, one that started when Mr. Frank Michell discovered the sumptuousness of alpaca fiber with its unparalleled qualities. His passion for this noble, high-quality fiber led him to spread the finest Peruvian alpaca throughout the world. 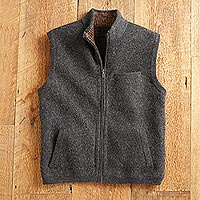 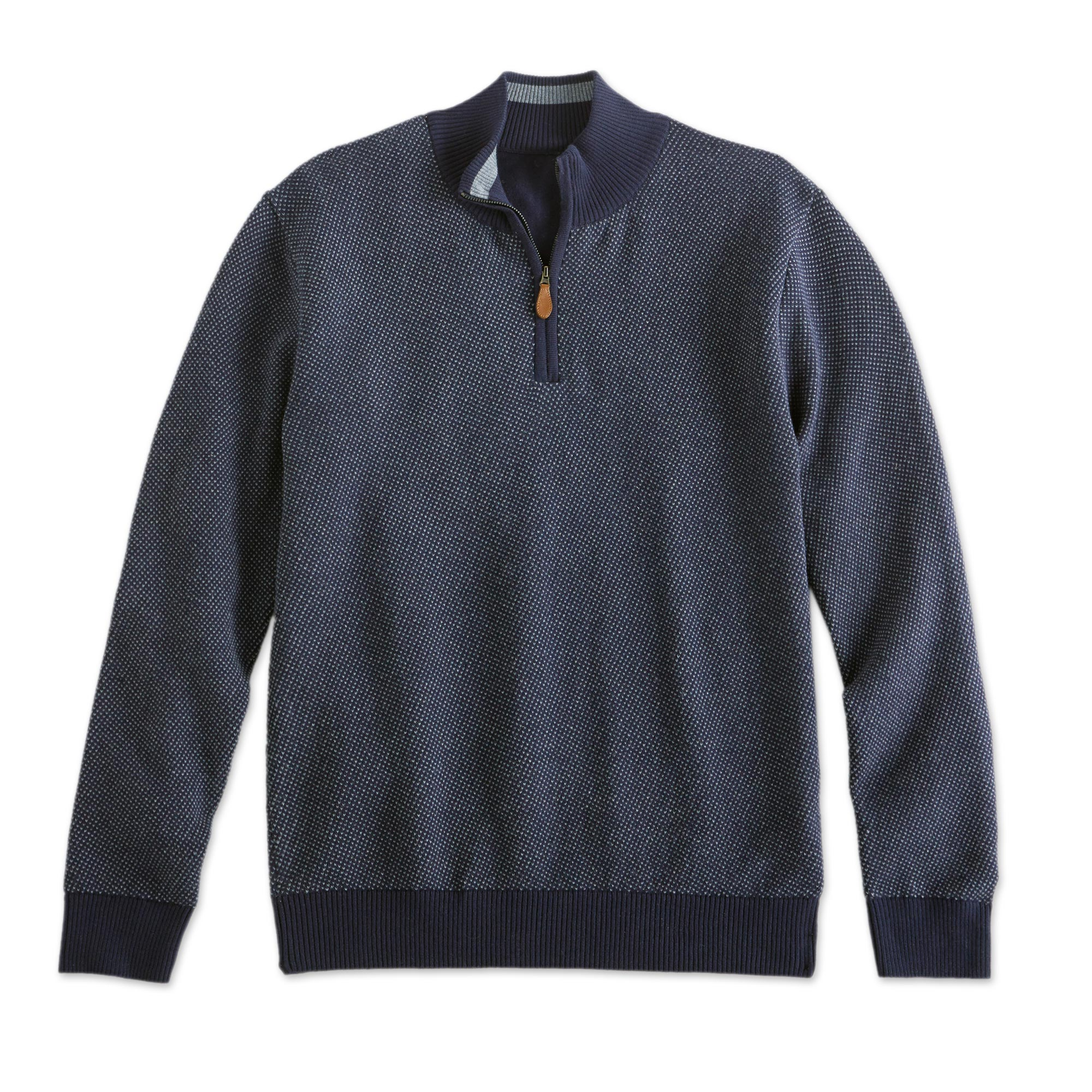