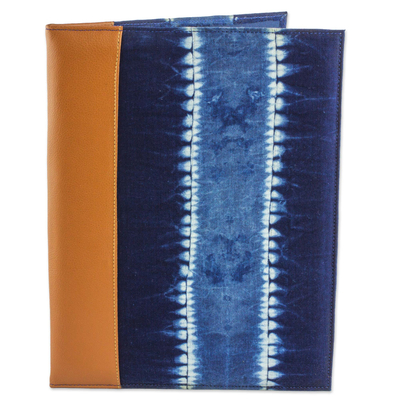 "This portfolio cover is designed for those who want to keep notes and business cards in style and organized," comments Rhina Rehmann. In a beautiful palette of natural indigo hues, the cotton batik cover is trimmed with faux leather. The blue lined interior features brown pockets on either side, a pen holder, and an ID card slot. The rich blue background comes from the natural indigo dyes harvested and prepared at Rehmann's hacienda.

Made in El Salvador 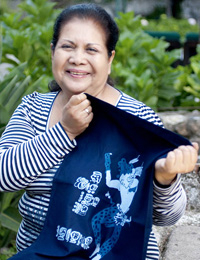 "Once upon a time there was a little girl with big black eyes and black, black hair which, when the sun went down, shone with blue undertones. That's why she was called Indigolocks. When she came into this world her father made sure she was surrounded with love, ensured her safety, and brought her up to be strong enough to face with confidence any danger in life. Being a hard working man, Indigolocks' father would wake up very early in the morning and work all day in order to provide for his family. Indigolocks grew up surrounded by love and her father's teachings.

"She learned, for example, that one must always be true to one's word. Indigolocks had always wanted to go to school in Switzerland and when she was 11 years old her father took her to Europe where she could learn about other cultures and languages. Indigolocks learned that despite their differences, people there strive to work together, avoid wars, respect their different religious beliefs and above all, she became aware of the importance of speaking different languages in order to understand how people from other countries think. She also learned that in order to succeed, one must be organized, presentable, and on time.

"Indigolocks returned to El Salvador after 13 years, and about that time her father inherited a Hacienda. She suggested to her father to turn into an agricultural venture, not just focusing on sugar cane. They decided to turn the land into a place free of synthetic insecticides and fertilizers and just use nature's extracts and green compost. That is, Indigolocks transformed the hacienda into an organic agricultural venture thus ensuring the welfare of those who worked there, as well as offering their customers healthier products with a richer taste and aroma.

"They began by planting indigo, sugar cane, pitaya fruit, cashews, ginger, bananas, terebinth, and more. Putting into practice her father’s teachings, Indigolocks began to research what kind of products they could make with the plants they harvested, which would allow her to offer more jobs to people in the community so they may provide for their families, have a roof over their heads, and be able to send their children to school.

"Their star product became the indigo plant, from which they were able to make a dye. Since Indigolocks had studied how her Maya ancestors had used indigo to dye threads, she began to replicate many of the glyphs from the ancient temples and dyed the weaves with indigo. The very first wall hanging she made was of the Maya merchant, which she still keeps at the Hacienda. She identifies with the theme, selling the products of the earth at the market.

"Now everyone working at the Hacienda knows how to obtain the blue dye from the green plant, and they have also learned how to craft different items which they then color with indigo. They also prepare banana sorbet, dehydrated banana slices, cashew and pitaya juices, cashew vinegar and wine, teberinth oil, lemon oil, ginger essence oil, and the fertilizers and insecticides are done with natural products.

"Indigolocks had to read a lot in order to prepare herself to be able to do all of this. She took many courses and surrounded herself with people who specialized in these areas so she could learn from them. That is why there is an agricultural engineer by name of Mardoqueo overseeing all the technical aspects of the hacienda, and Lucas who organizes all the different activities, and all the different people that contribute to the running of the Hacienda with their different skills and abilities. 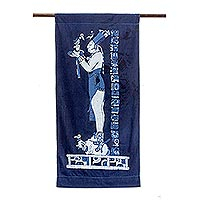 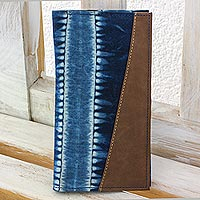 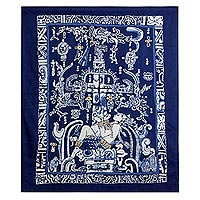 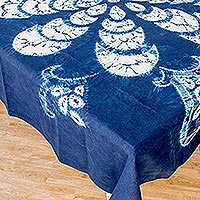 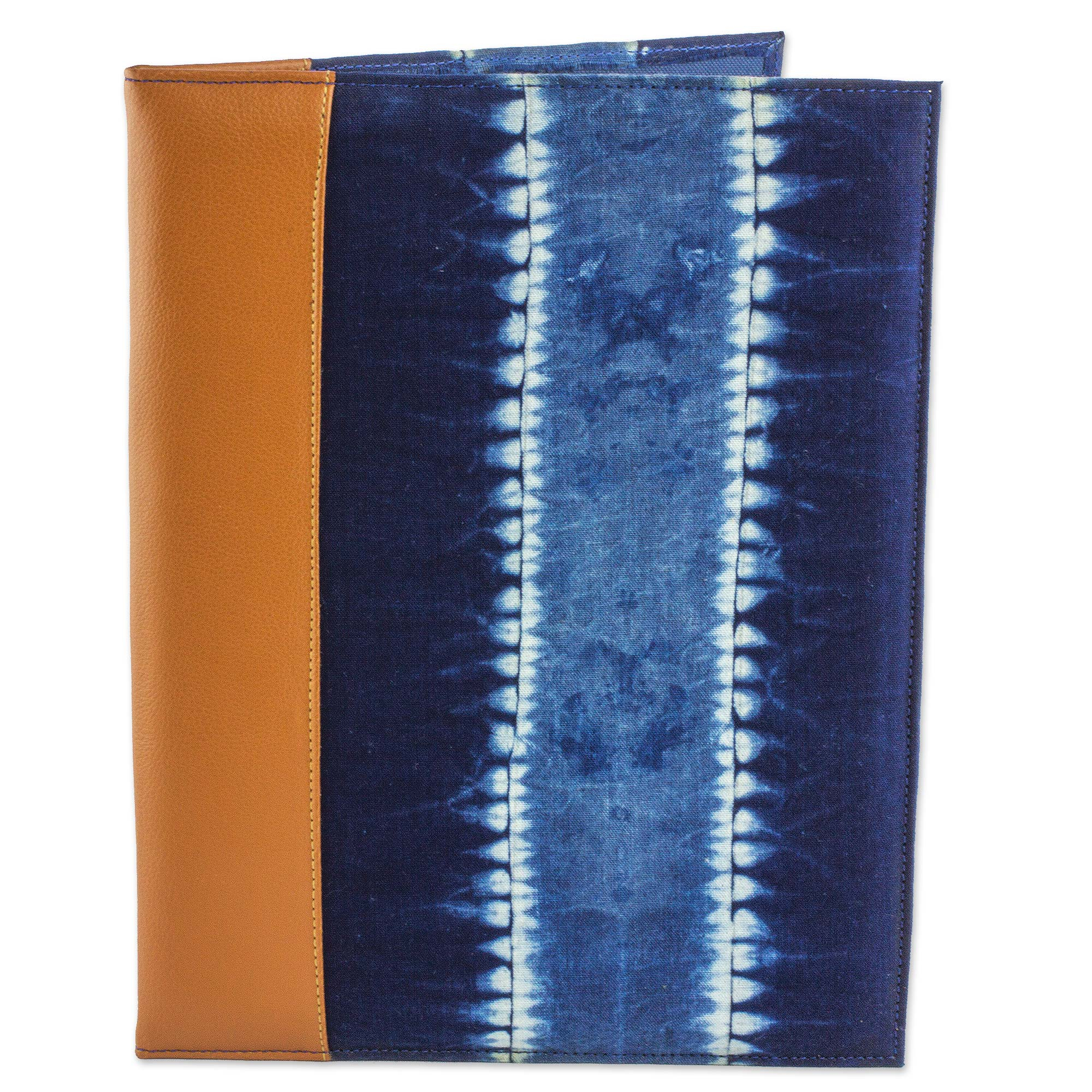