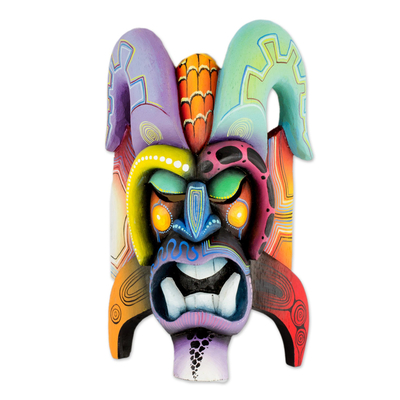 This little devil is as full of color as it is of fiery spirit. Artisan Victor Hernandez hand carves this traditional Boruca balsa wood mask with a orange face, green and purple horns, closed eyes with green eyelids, exaggerated eyebrows in yellow and red, an open mouth with large fangs, a lilac chin, and a blue nose. The artisan hand-paints details in a variety of contrasting colors. Brass eyelets and an agave cord are attached to the back for easy hanging.

The Boruca people live in southwestern Costa Rica. Devil masks are part of a centuries-old festival called "The Game of the Devils," honoring the Boruca's fight to defend their land from invading Spaniards. During the festival, the masked actors portray defenders fighting a bull, representing Spain. The bull is a large costume that takes about ten men to maneuver. Victor Hernandez learned the art of Boruca mask carving at the side of his father.

Made in Costa Rica 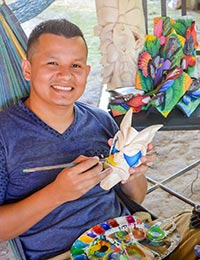 "I carve the traditional masks of Boruca. My father taught me… each of his carvings was a work of art with a world of colors and a story behind it."

"Each of my designs is based on years of tradition. They preserve the stories my parents and grandparents told us, stories that really happened in a culture filled with magic.

"I was born in Costa Rica in 1990, and I carve the traditional masks of Boruca. My father taught me from the time I was a small boy and his workshop was my favorite place to be. Every afternoon became an adventure as I'd sit beside him and watch his hands work magic with a simple piece of wood. Each of his carvings was a work of art with a world of colors and a story behind it.

"These masks are used during the fiesta we celebrate from December 30 to January 2, known as the Game of the Little Devils. It commemorates the struggles of the people of Boruca to defend their territory from the Spanish invaders, represented by the bull.

"Despite the crafting these masks, opportunities in Boruca aren't very accessible. I thank God I was able to earn a degree in tourism at the university in Cartago. It wasn't easy, because my scholarship didn't cover everything and, when I graduated, jobs were scarce and hard to find. I decided to continue carving masks.

"Today, my workshop supports the entire family. I'm privileged to have the help of my beautiful wife, who is more than my friend, my life companion, my partner, my greatest source of support. When we have a lot of work, she works right there alongside me.

"I'm proud of this art, which is more than a source of income for my family. We want to preserve and share one of our community's richest traditions. We all want to see progress for all of us. If one of us falls, we all help him get on his feet again and we all work with greater strength. We want our masks to reach many parts of the world and for shoppers to appreciate not only our designs but also the dedication and history in them." 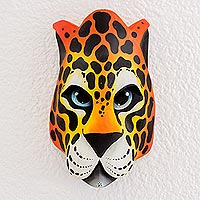 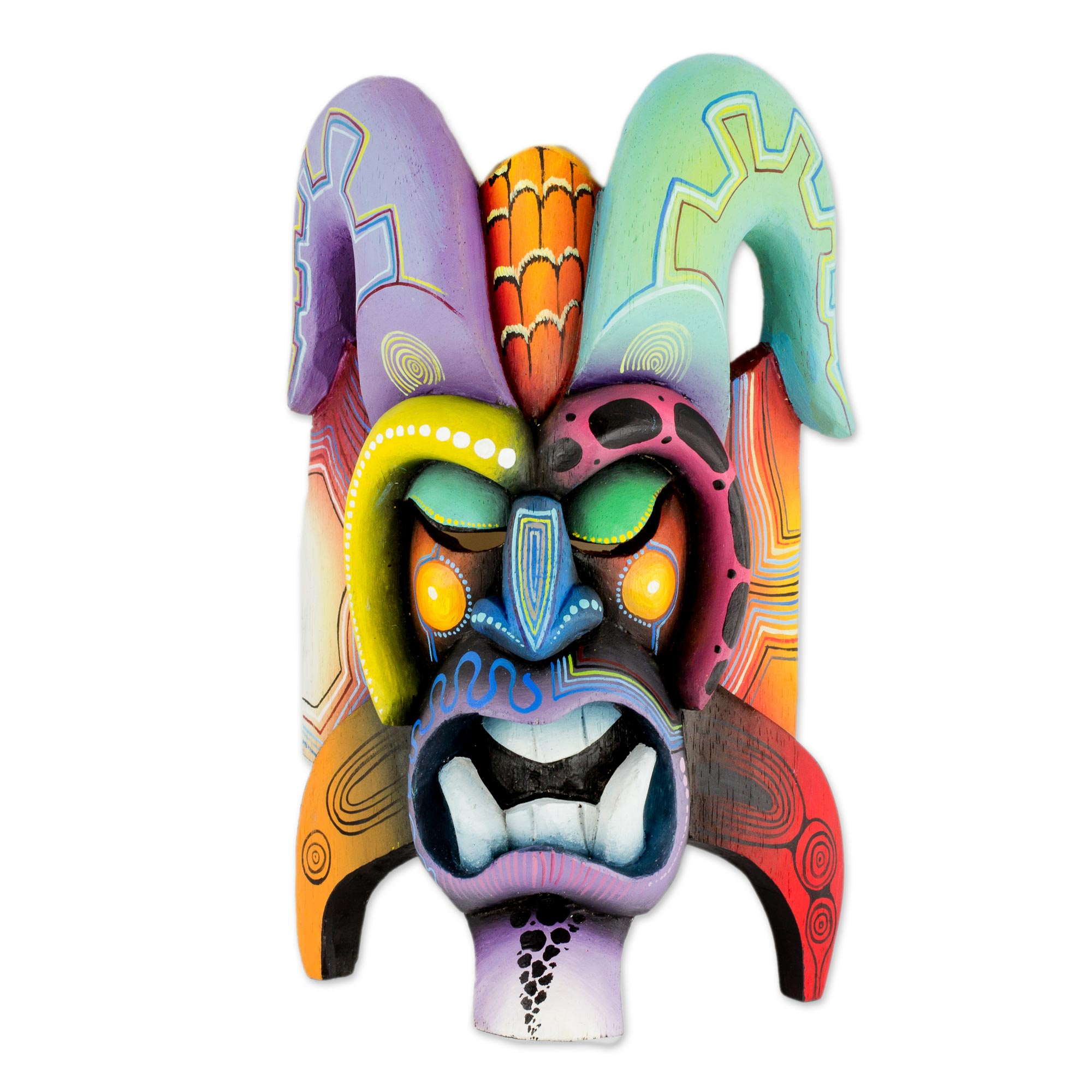