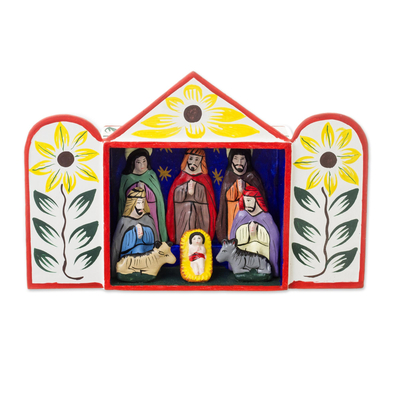 Alejandro Chavez creates a scene of solemn devotion and faith with this retablo piece. Crafted by hand with admirable expertise, the retablo features Joseph, Mary and the Three Wise Men, who have come to adore the baby Jesus. 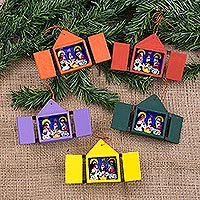 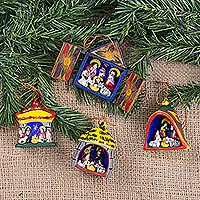 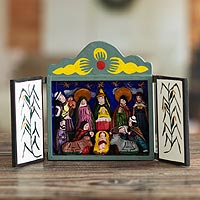 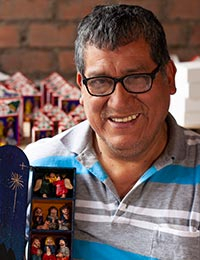 "Over the years, I perfected my abilities and became a master retablo craftsman. In some, I depict Biblical scenes and, in others, everyday life in the Andes."

Alejandro Chavez was born in Lima in 1956. He specializes in creating retablos, a kind of reverent diorama-altar typical of the Ayacucho region of Peru. He learned this technique as a boy in school, when living in Ayacucho, where his parents moved when he was just two years old.

For Alejandro and his family, the 1980s were painful. All of Peru was bleeding as a result of the armed conflict between the Sendero Luminoso terrorist group, who threatened and conscripted rural farmers, and the Peruvian army, who arrested or killed anyone they found suspicious. The Chavez family fled to Lima where they found peace once more through their retablo art. However, they lost several of their friends.

"Some died, others were jailed, even when they didn't know how to read or write," he says. "Because of the war, they had to drop out of school and leave the artisan workshops they loved in nearby Huamanga. They acquired some knowledge of the retablo art but they withdrew because it was no longer safe to leave their homes.

"Life in Lima was quite different. The quiet small town life we were accustomed to no longer existed in the huge cement jungle of the capital. Our traditional Ayacucho fiestas such as the yunza tree and the Dance of the Scissors, have died out here.

"To fight boredom, I worked at different jobs. People like me who had recently arrived in Lima began working as stevedores in the city's fishing port. After that, I sold fruit in a market stall. Finally one day, a cousin convinced me to try my luck in a workshop where they crafted Ayacuchan retablos. When I visited the workshop, I couldn't believe it when I saw these beautiful art forms once again.

"So I returned to my roots. I began working in the studio of Angel Castro, a master artisan, who taught me. Here I refined my techniques. After the death of my teacher, I formed my own workshop continuing to give shape to this art form. The customs and traditions of the Andean people — especially those of Ayacucho — emerge in every piece we make.

"Over the years, I perfected my abilities and became recognized as a master retablo craftsman. In some, I depict Biblical scenes and, in others, everyday life in the Andes. I did this for eight years. It was exhausting to create my retablos and then try to sell them in artisan fairs. I had to carry several at a time and go door to door, offering them to shops and stores.

"I've been married since 1985 and my wife and I successfully faced some really tough times. We were unable to have children. We finally gave up on fertility treatments and decided to adopt. We found a seven-year-old girl and a three-year-old boy, and raised them with all our love as though they were our own. Now that they're older, the girl is here with us and the boy went to live with my mother in Ayacucho.

"I began working with you in 2007 when I learned your support could let make a living from my art and give me the hope of a better future. Thanks to what I earn from the sale of my retablos, I've been able to give my family a better lifestyle and, especially, to help my daughter Carol with her studies now that she's a young mother. Since then, things have gone well.

"Today, I can say that my pain from those difficult times in Ayacucho has healed. I've been sharing the culture and traditions of Peru through my retablos. And I plan to continue with this art as long as God permits it." 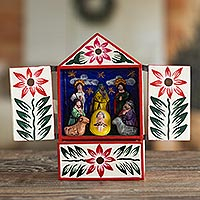 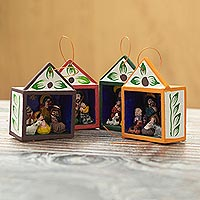 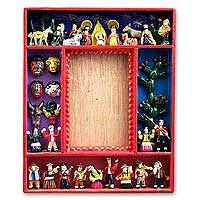 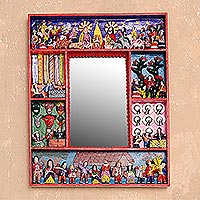 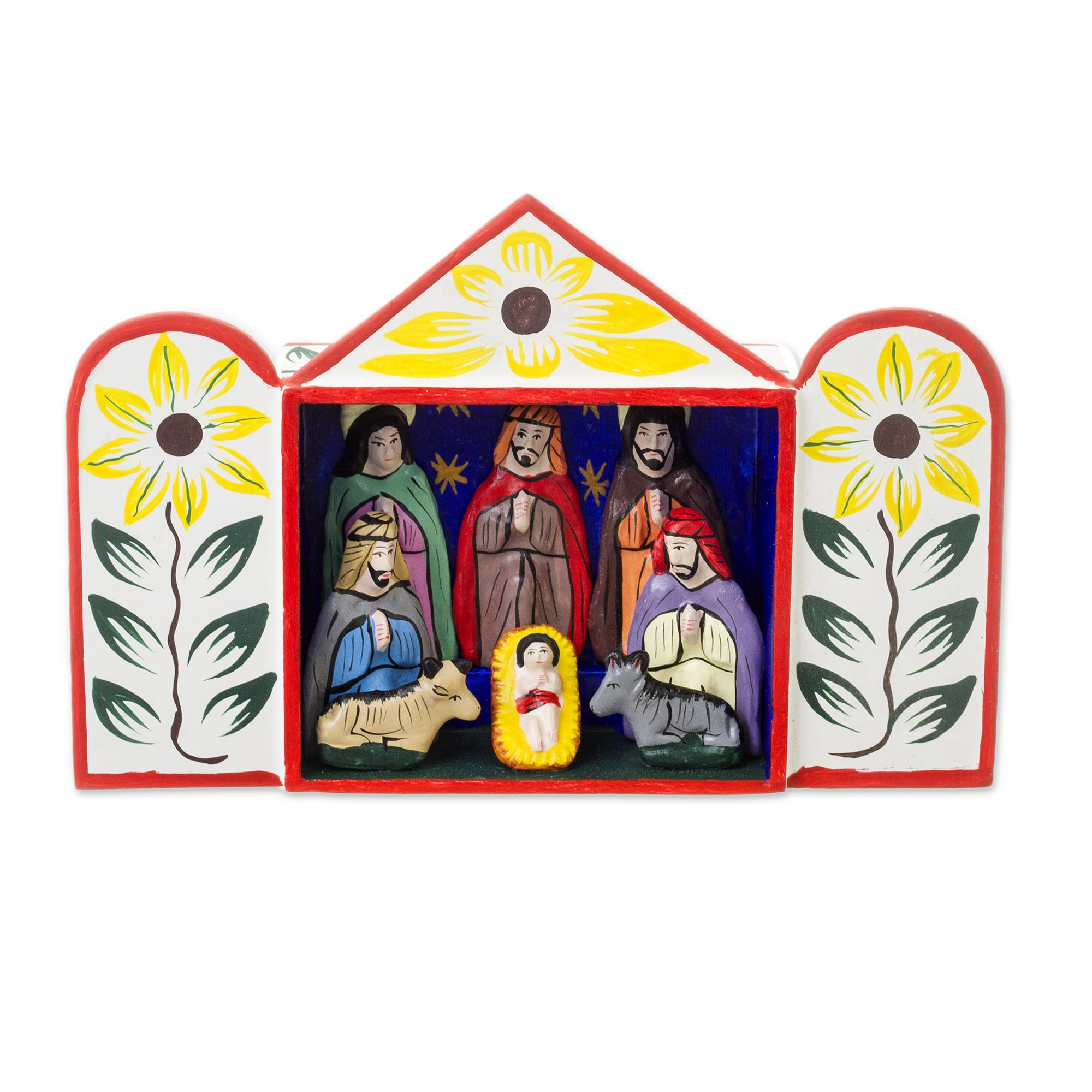