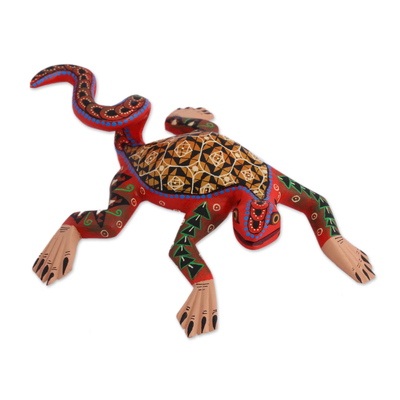 Appearing to be a combination of a reptilian lizard and an amphibious frog with a dash of chameleon thrown in, this iguana alebrije in red, yellow and green from Oaxaca's Jesus and Roxana Hernandez is carved by hand from copal wood. Complex geometric patterns in yellow cover the iguana's back. Its head and the underside of its tail are in a distinctive red hue. The triangle, arrow, and scale motifs on each of its green extremities are also painted by hand.

It is said that Oaxaca's alebrije tradition descends directly from Mexico City's Pedro Linares (1906-1992), a papier mache artisan. When he was 30, he became seriously ill and fell into a sort of coma. While he was unconscious, he had a most fantastic dream. He was caught between the land of the living and the dead; the place looked like a forest and was populated with creatures with body parts belonging to different animals. The beings repeatedly uttered the word alebrije, and when Linares woke up, he recreated these figures in vivid colors using papier mache techniques and called them alebrijes . His work became famous and eventually influenced artisans in the state of Oaxaca who decided to craft alebrijes using traditional wood carving methods and according to that region's world vision.

Artfully crafted by Jesus and Roxana Hernandez from Mexico. 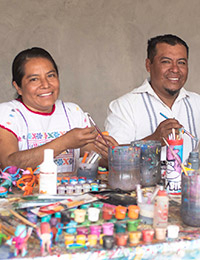 "We believe that 'nothing ventured, nothing gained.' So we take on the challenge of creating innovative designs, and we experiment with different materials, some more complex than others."

Latest update “We have dedicated ourselves to this activity since we got married and formed our workshop 22 years ago.... Latest update

“We have dedicated ourselves to this activity since we got married and formed our workshop 22 years ago. We joined Novica in 2016, at an event in Tlaquepaque where they learned about our work.

“We learned to improve our quality, to be more demanding with our finishes, to improve our production processes and to be much more innovative. In addition, financially we have managed to have constant sales and a considerable increase in our production. There have been difficult times such as the months of the pandemic, for example, in which we have managed to get ahead. On that occasion, it was vitally important for us to maintain production and the work team. We were afraid that we would not be able to achieve it, but thanks to our sales on Novica, production was not reduced and therefore our work team did not see their salary affected.

“Thanks to Novica, we currently have a steady and secure income. We also have access to interest-free loans and payment facilities. We are proud of all the learning we have obtained since we joined Novica. Thanks to this, we can now share our experience with other fellow craftsmen, motivate them to increase the models that come to Novica, and share our experience with them to motivate them to grow and have good results, having the success that we have achieved.

“The microcredits have been very good because they help us grow and improve our workshop or grow our production plant. We are very happy to belong to the Novica family, a world-class company where we feel supported and valued.”

Jesus and Roxana Hernandez come from a Zapotec community in Oaxaca. "In our village, most of the men and women are wood-carvers and we specialize in Mexico's traditional alebrije sculptures. These are colorful and fanciful figures carved from natural branches that depict all kinds of strange and wonderful animals and imaginary creatures," Jesus explains.

"When we set up our workshop, the panorama didn't look good but we had so many dreams. We wanted to craft only large alebrijes with special motifs. These, of course, are worth more. But the problem wasn't making them. The problem was selling them. Not many shoppers purchased them and we became discouraged. So the first two years were rough for us.

"But then we were invited to participate in a public event that the governor attended. We gave a demonstration of carving and painting and he came over to see what we were doing. He recognized the value of our work and congratulated us. And he also bought the biggest alebrije we had — a bull. We were thrilled! It was a wonderful opportunity to introduce ourselves because we were mentioned in newspapers and magazines that covered the event.

"From then on, we approached the public institutions that promoted popular art contests. We began to participate and won prizes, which gained recognition for our workshop.

"We have four children, who bring us much joy. We spend all our free time with them, whether flying a kite or taking a walk in the countryside. We want them to learn our art and to preserve and spread it. But more, we want them to grow up happy and proud. We are teaching them our craft and also teaching our cousins, nieces and nephews.

"Mastering the art of alebrijes requires practice, discipline and much love. We use copal wood for our designs. We dry, treat and sand the wood before painting the motifs by hand. Roxana is expert at decorating the sculptures and her delicate hands convey beauty, from fine geometric patterns to flowers. Her designs are unique and elegantly detailed.

"We're an artisan family and we strive to improve our skills day by day. We believe that 'nothing ventured, nothing gained.' So we take on the challenge of creating innovative designs, and we experiment with different materials, some more complex than others.

"Thankfully, we are now able to offer work to our artisan neighbors. This is important in preserving our culture and tradition as well as generating a source of income. But more than that, we help stop the migration of artisan to cities to find work, and we contribute toward making our community more prosperous." 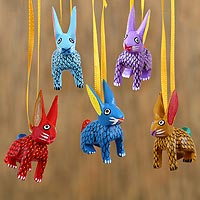 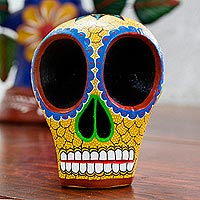 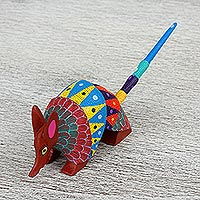 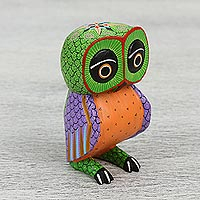 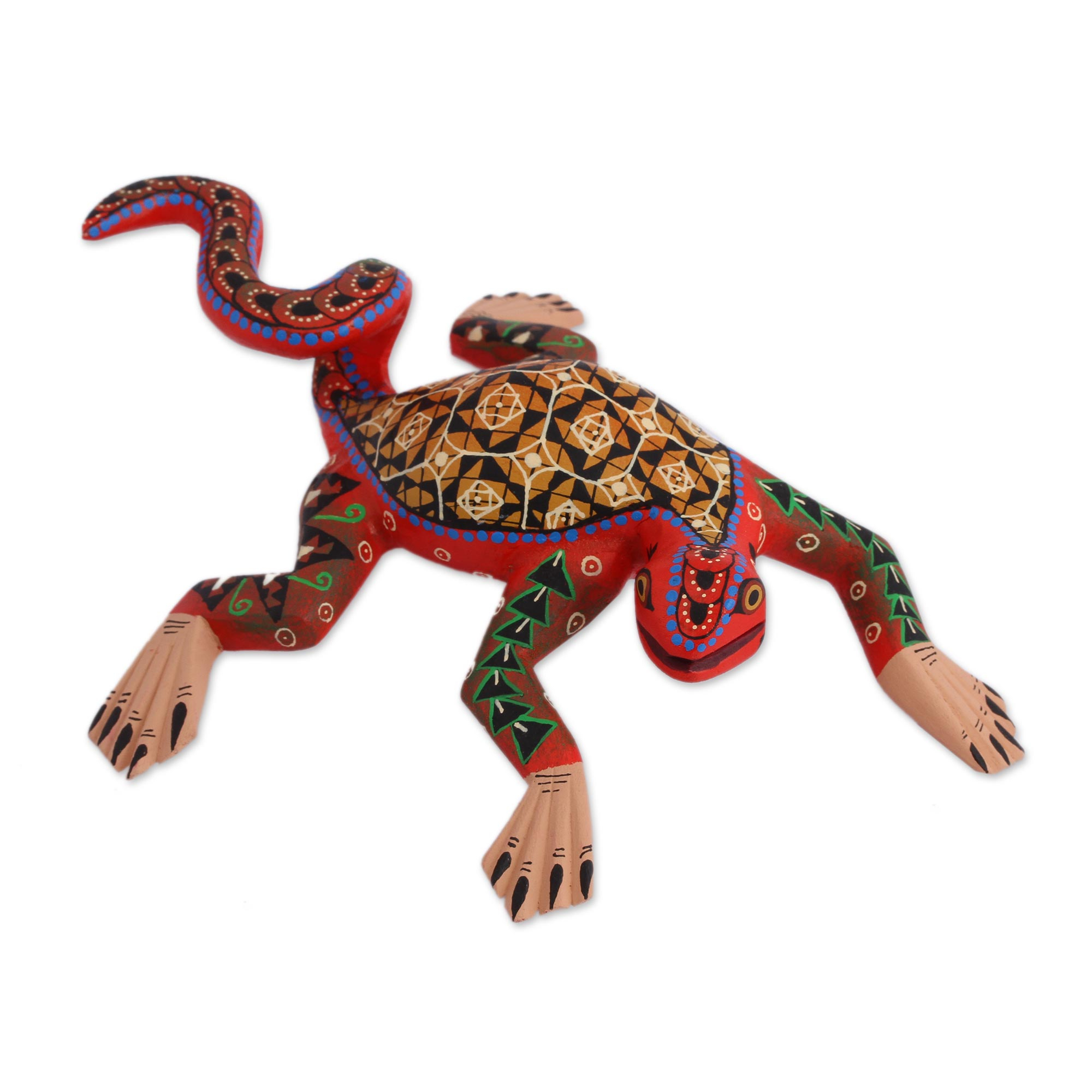