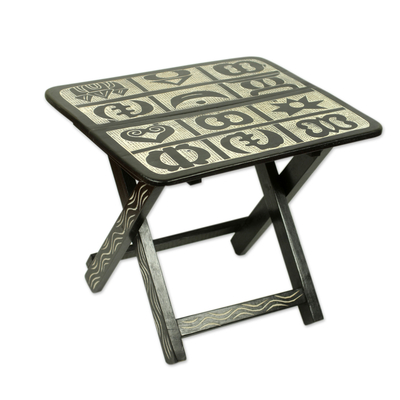 Ghanaian artisan Ali Mohammed presents an intriguing sese wood accent table with cultural significance. The tabletop bears a series of adinkra symbols, carved and painted in ivory over dark brown. Adinkra symbols are visual symbols that were introduced by the Akan peoples; they usually represent proverbs or concepts. The table folds for easy storage when not in use.

The adinkra symbols on the tabletop are: Hye won hye, which translates to "that which does not burn"--a symbol of imperishability and endurance; Gye nyame, meaning "except for God"-- a symbol of God's supremacy; Wawa aba, "seed of the wawa tree" representing hardiness, toughness and perseverance; Nsoromma, "child of the heavens", a symbol of guardianship; Nyame biribi wo soro, meaning "God is in the heavens", a symbol of hope; Sankofa, meaning "return and get it", a symbol of the importance of learning from the past; Osram ne nsoromma, "the moon and the star", a symbol of love, faithfulness, and harmony; Nkonsonkonson, "chain link", a symbol of unity and human relations; and Sepow, "the knife thrust through the cheeks of the man about to be executed to prevent his invoking a curse on the king"--a symbol of justice. 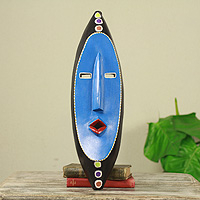 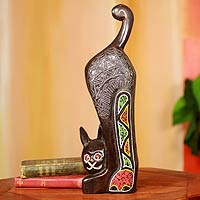 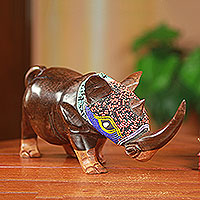 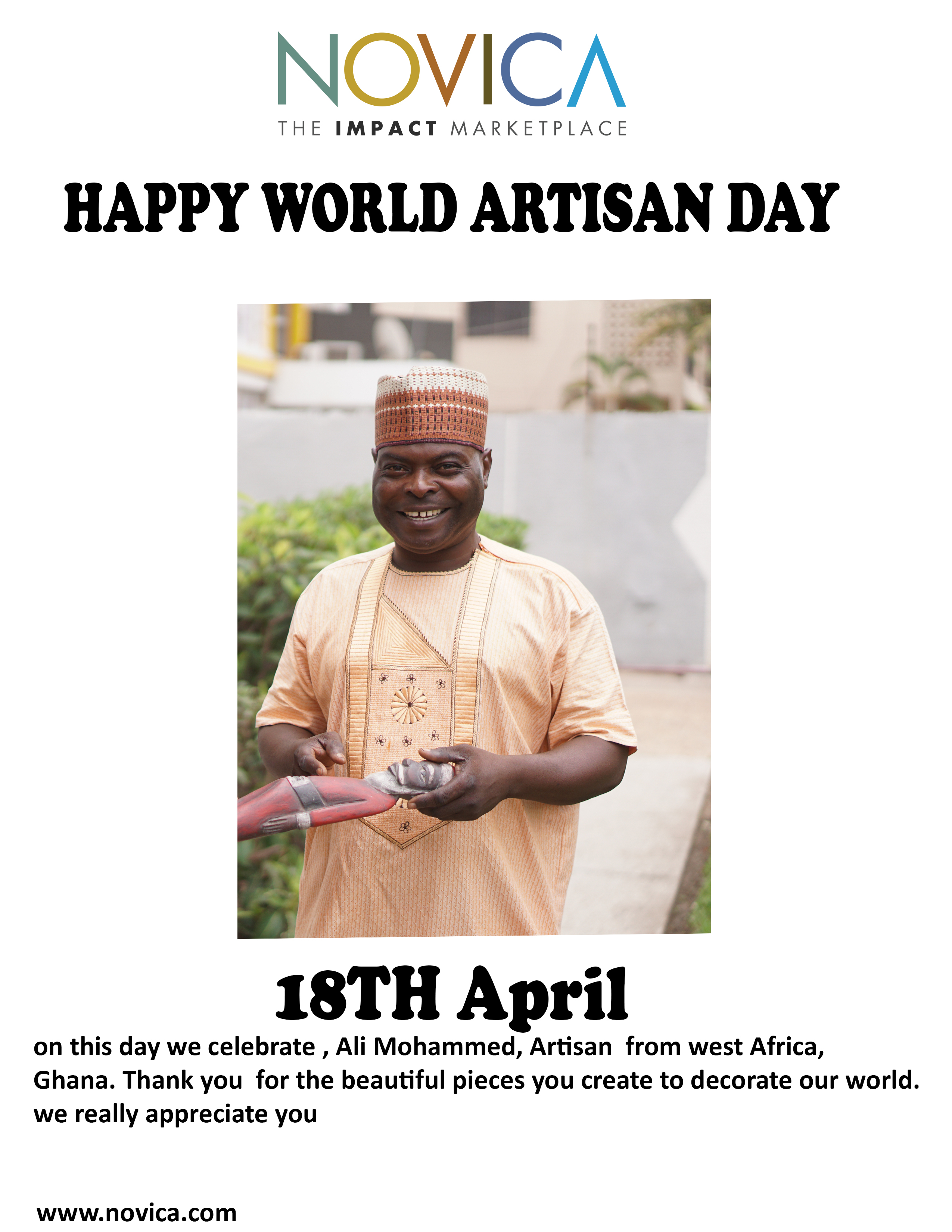 "I was good at learning through watching my brother when he was carving, and then I would try my hand and I would ask for assistance when needed."

"I was born in Accra and I grew up to become a friendly and curious person. It is my curiosity that has guided me in... learning this art and honing my skills. I got interested in wood carving when I was a child, when I used to visit my brother's workshop. He is Salihu Ibrahim, a featured artist.

"I used to go to his workshop when I returned from school and try my hands at sandpapering masks. When I completed junior high school, my parents could not further my education and so I joined Salihu at his workshop. I got paid for the work I did, which I saved to be able to buy my own tools.

"I remember a time, when working with my brother, that he sent me to pick up some items from a friend, and I had to travel a long distance. However by the time I arrived, I had forgotten what my brother sent me for! I felt so embarrassed. I returned without the items and had to go back for them another day.

"Since I am a curious by nature, I always want to find out how things are done. I was good at learning through watching my brother when he was carving, and then I would try my hand and would ask for assistance when needed. This helped me develop and master my carving skills.

"After 12 years of working with my brother, I started to work on my own. I have taught other carvers, and currently I have four carvers working with me. I love the art of mixing colors and affixing aluminum plates to beautify an item.

"My hope is to become successful and be able to assist several people who cannot further their education due to financial constraints." 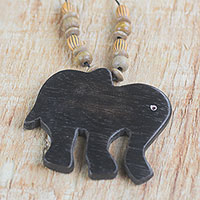 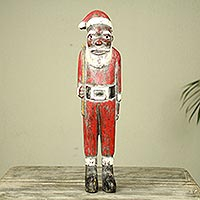 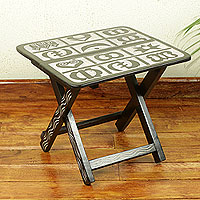 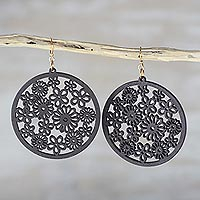 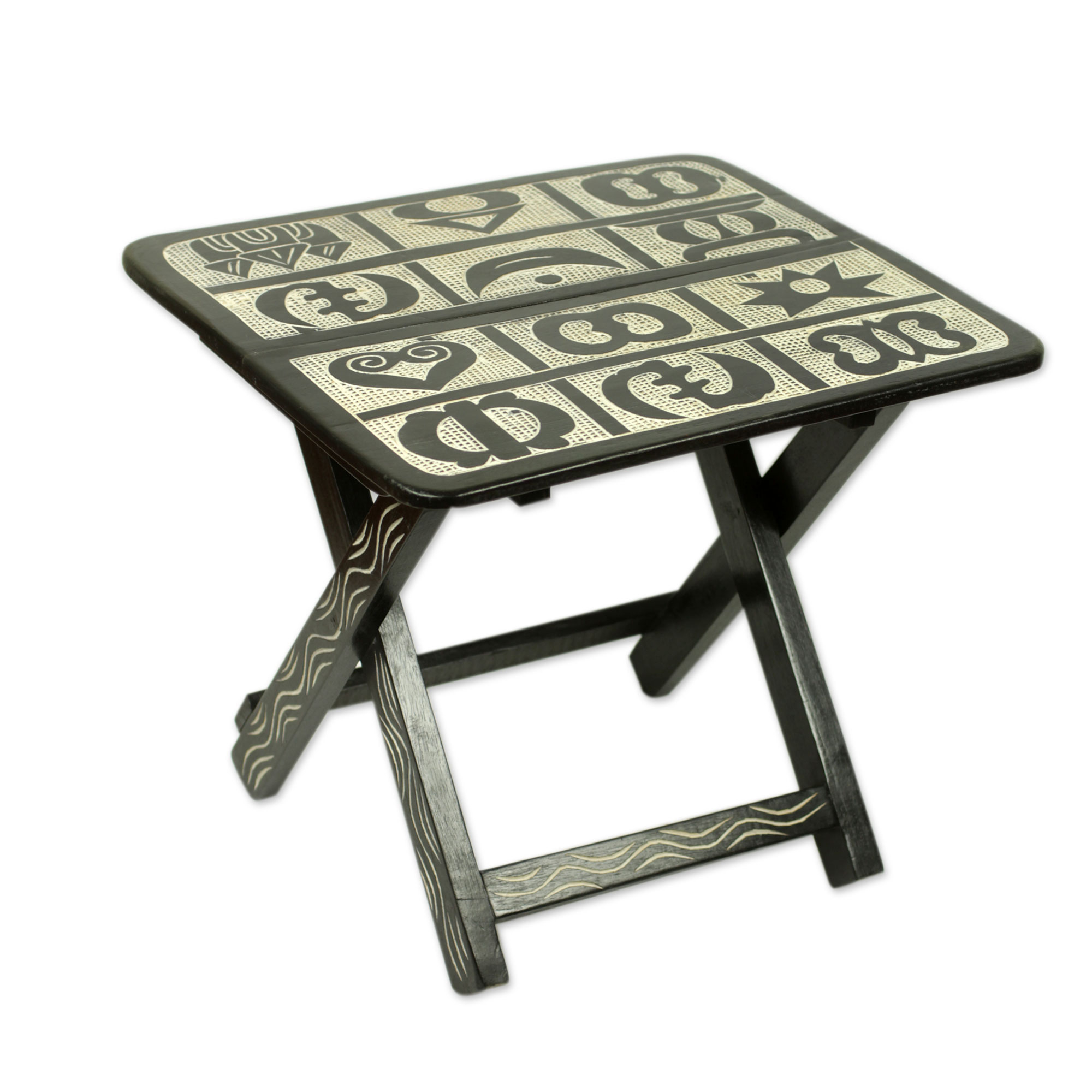