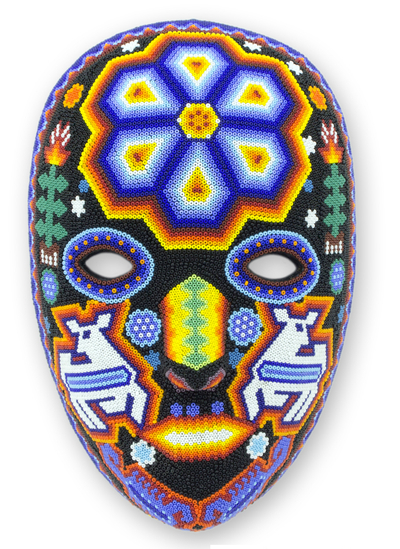 A sacred symbol, this blue jikuri or peyote flower recalls millenary Huichol traditions. Kawuyumaire, the Huichol's elder brother, assumes the form of a deer to become a messenger from the gods. His presence is only perceptible through the consumption of peyote flowers. Higinio Hernandez handcrafts this mask to ask the gods' assurance of an abundant maize harvest, as well as protection from the scorpions that guard it. The Huichol draw, paint or make elaborate yarn or bead works, using the images that best express what it is they want to ask the gods, in the hopes it will be granted.

Hernandez is an artist of Huichol and in this piece he carefully affixes colorful beads or chaquira upon a fiberglass base. Hernandez affixes the beads with a natural glue of his own preparation, known as cera de Campeche. This work is an extraordinary testimonial of pre-Hispanic shamanic rituals that have transcended the passing of time and history, and is certain to enthrall the admirer of Huichol custom.

Care instructions: To prevent the beads from coming loose, do not expose this piece to direct heat or light as it may melt the Campeche wax adhesive. 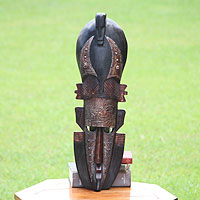 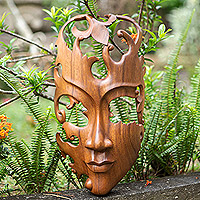 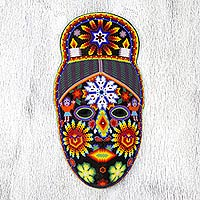 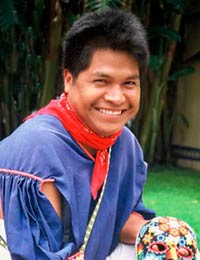 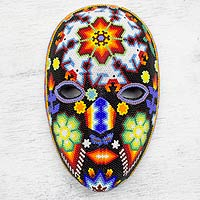 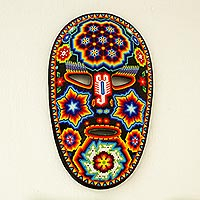 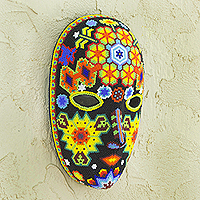 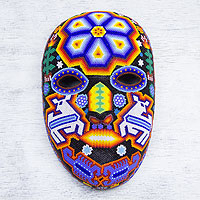 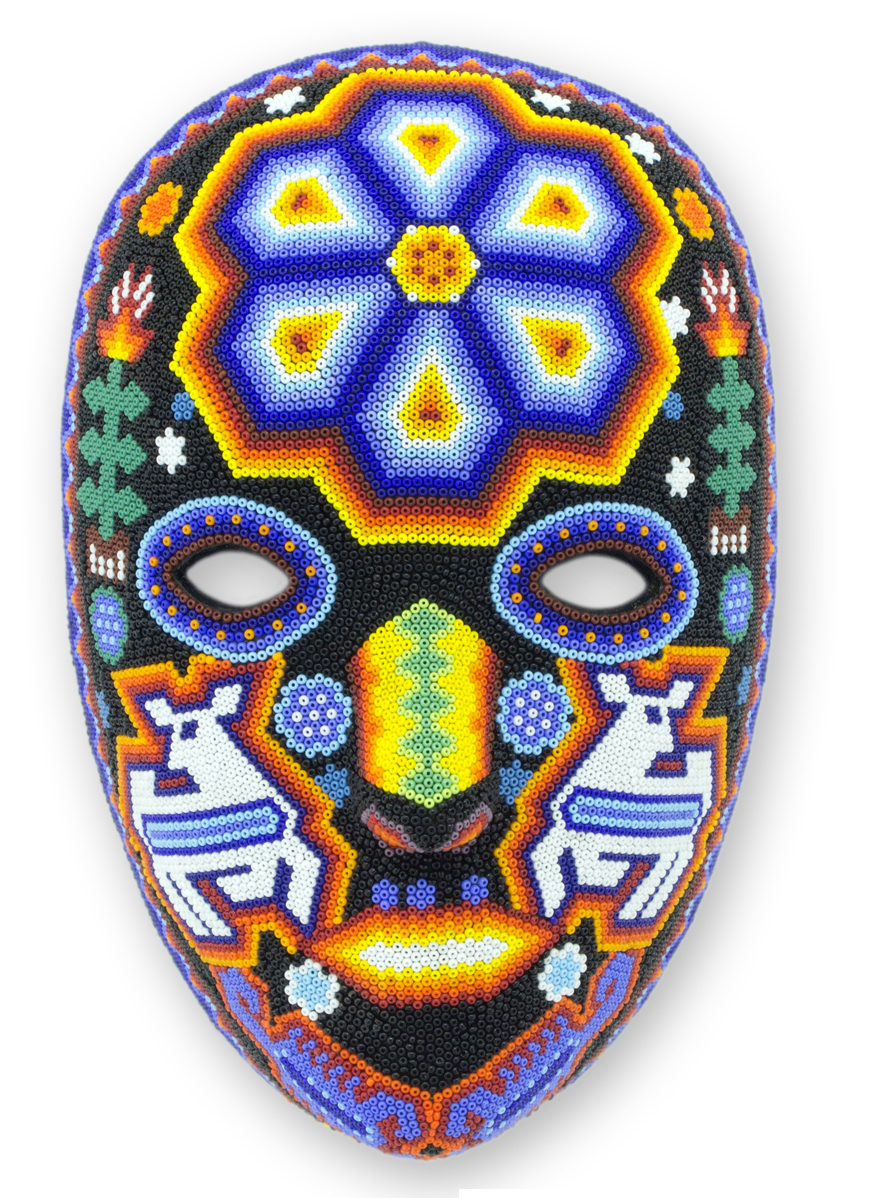